When going on a long ride, or a flight, bringing your laptop is a given - especially for movie fans. For this purpose, QuickTime Player is enough most of the time. However, it can not open MKV videos. This is an issue, because MKV is a staple of the movie industry. Follow this guide, and you'll find out how to watch MKV files on Mac.

As for MKV itself, it is an open-standard container format that can envelop multiple video, audio and subtitle tracks. It's convenient and widely used to distribute films, series and similar media.

The Best MKV Player for Macs: get impressive playback experience 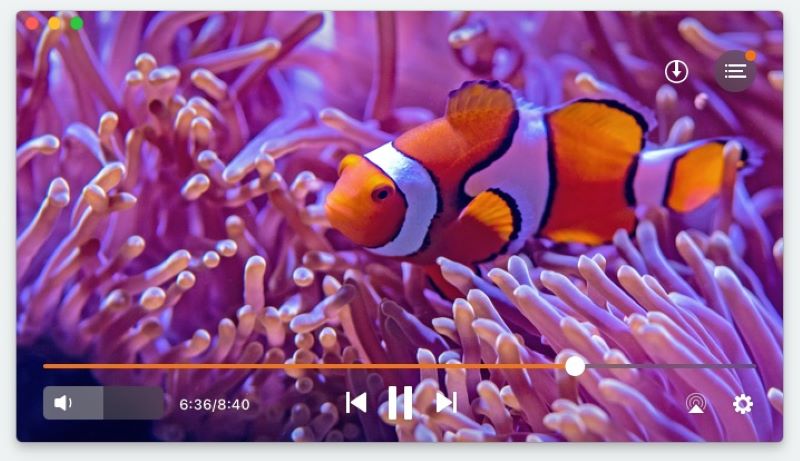 Among an MKV players for Macs, Elmedia Player is unmatched. This app isn't just content with being an MKV player for Mac. It decodes and plays video perfectly, thanks to hardware acceleration; there's never any lag. The amazing quality isn't limited to your Mac's screen - you can stream wirelessly to other devices. There are a whole lot of options, both for controls and for playback. If there’s a desync, audio and subtitles can be fine-tuned. Too busy to watch a scene? Bookmark it for later, or keep it running with the built-in picture-in-picture mode. If you enjoy your setup, you can watch everything in Elmedia - it supports MKV, WMV, AVI, MOV, FLV, DAT, MP3, M4V, Blu-ray and many others. Its features will come in handy with any format or media type.

Have full subtitle control while playing MKV on Mac

With Elmedia Player, subtitle support reaches a new high. It's highly automated: the player can auto-detect text encoding, or even find and load subtitles from the internet. And there's also boundless customization. You can shift the text around, recolor it, change the font to watch the movies your way. A vast array of subtitle formats can be opened, to make sure that you can get subtitles from any source. Most importantly, all of this is accessible without any conversion, through a simple settings menu.

But that's not all. There's plenty more that Elmedia has to offer, and it's all packaged into a single purchase - Elmedia Player PRO. For its low cost, the benefits are well worth it, and Elmedia becomes a powerful tool of visualization and discovery.

Just a couple of features can make the difference between a premium app and a run- of-the-mill piece of software. We at Elemedia try our best to capitalize on this, providing as many comfort features as we can:

Besides being a top-class MKV video player, Elmedia PRO also acts as a downloader, and it can fetch videos from a range of popular video hosting services, including Youtube, Dailymotion and Vimeo. In this regard, it shines by offering quality-of-life features, such as multi-format conversion.

Your TV can become a media center with the help of Elmedia Player. You can stream to a variety of devices - Smart TV, Apple TV, Chromecast, or anything compatible with AirPlay or DLNA. On AirPlay devices, receiving these streams is as simple as turning on Apple Music. Connect your gadgets into an ecosystem.